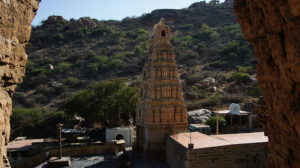 Sri Yaganti Uma Maheswara Temple యాగంటి is in Kurnool, Andhra Pradesh. The temple was built in the 15th century during hte reign of the Vijayanagara Empire.

The temple location also has the historic Agastya cave, where Rishi Agastya prayed to Lord Siva, Venkateswara cave, and Veera Brahmam cave. DEvoteed believe that the Nandi statue is growing in size. The sacred pond Pushkarini is highly revered.

This place has a single statue of Uma and Maheshwara – Parvati and Shiva.