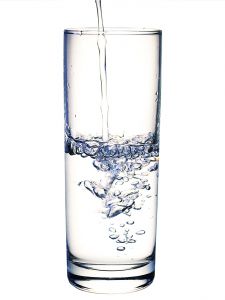 In the context of the experiences of Yamaloka, charity plays a significant role in mitigating the impact of punishments to a departed Soul. Sage Sanatkumara described: Paaneeyadaanam paramam daanamutthamam sada / Sarvesham Jeevapunjanam tarpanam Jeevanam smrutam (Charity of Water is considered as the best as it provides full contentment and life). This is why offering water outlets is considered as a satisfying act. Construction of water bodies, digging up of wells and supply of water through various means is thus a source of happiness to others and to self whose post-life experiences would become less pungent. Those who facilitate the construction of ponds are doubly blessed giving instant relief to human beings, animals and birds in the long run far beyond the lives of the charity makers and attract considerable reduction of the burden of their sins. In fact, those who are reponsible to perform this best charity of facilitating water supply in all seasons, especially summer, would never fall down the levels lower than heavens after life. Next to water is the charity of planting Trees which make available innumerable solaces to mankind, Sages, animals, birds, Devas and Danavas and even to Evil Spirits whose blessings are richly reaped by those responsible. Those who make available gardens with trees bearing fruits, flowers, shade and various other facilities to public are blessed for countless uses. Several other kinds of charity would certainly yield far reaching results and the acts of kindness however big or small do not indeed go waste. For instance, a person who donates an umbrella would help him to cross the hells without heat and provide him shade; or a person donating footwear would cross parts of hell the protection of feet. Charity of jewellery, cows, land, servants, chariot, foodgrains, beds, Vidya or Knowledge, money, horses, elephants and so on have all highly beneficial value with manifold returns.