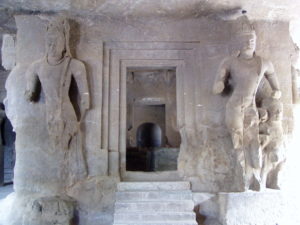 The Elephanta Caves are barely 7-8 kms from Mumbai, and can be reached by a ferry from the Gateway of India.