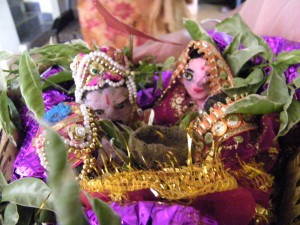 Mahadevji asked Gauri if someone had come from her parents house to pick her up. Gaurji said, my younger brother has come to pick me up, and I will go once you permit me to go. Lord Shiva asked her who would do the rituals of preparing food (Kasaar ke ladoo) for her journey, and who would apply Mehndi on her hands ? Gauri said, her younger co-sisters would prepare the ladoos, and her sister-in-law would apply mehndi on her hands.

Gaurji told Mahadevji that she would not go walking, but wanted to go on Shiva’s vehicle Nandi instead. Mahadevji refused, saying that Parvatiji was forgetful in nature, especially when she went to her mothers house. She would forget to feed Nandi. Parvatiji said she would not forget. She promised she would feed Nandi tender paan leaves (nagar bel), and make Nandi rest in the shade of the Banyan tree. Mahadevji permitted Gauriji to take Nandi and go. He also said, I am coming right after you.

Gaurji told Mahadevji that she did not want him to come along with her, as he was a yogi which was not a very pleasant sight, and people would not like it. she would feel ashamed of him. So she did not take him.

Mahadevji decided not to stay back. He decided to follow her. So he went to her in disguise. Mahadevji’s first disguise was as a bindi-waala and chudi-waala, someone who sold bindis and bangles. Gauri was with her friends. When they saw the nice attractive bindis and chudis, she and her friends decided to snatch the bindis and chudis. The bindi and chuddi waala remarked that this was a town where residents come and snatch wares from hawkers, and there is no law and peace in the town.

Godess Gauri was shocked to see him. Mahadevji mocked her “You were ashamed to bring me along as I was in the form of a Yogi. But you are not feeling ashamed to eat food with a shoemaker.” Gauri got annoyed, and told Mahadevji that this is the type of prank he should play on his friends, and not on her. 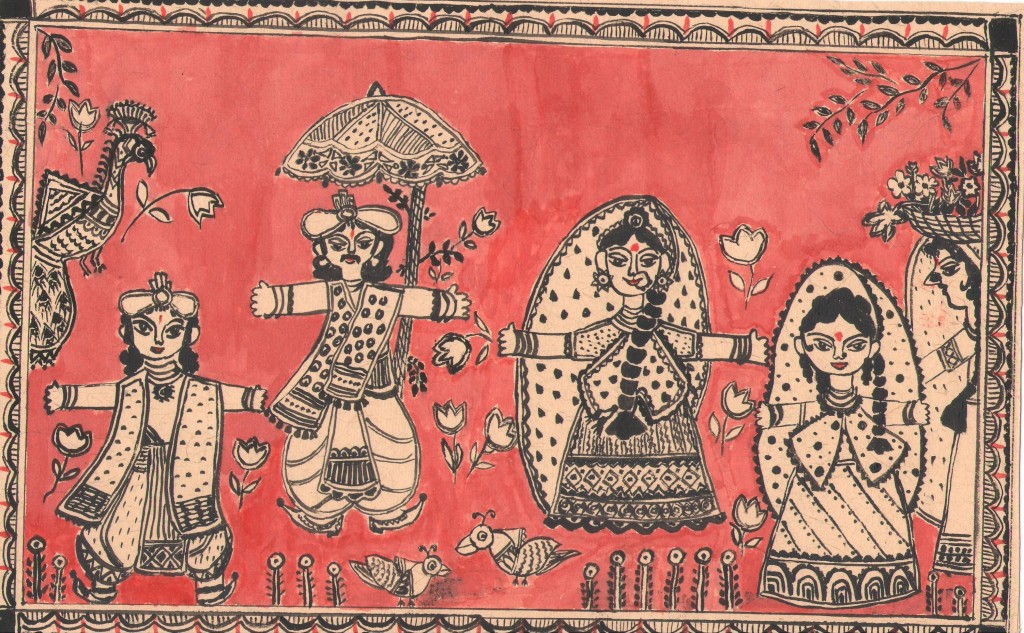