Once King Chitrabhanu of the Ikshvaku dynasty who ruled over the whole of Jambudvipa was observing a fast with his wife, it being the day of Maha Shivaratri. The sage Ashtavakra came on a visit to the court of the king and inquired the king about reasons for keeping a fast.

Answering the sage’s query, King Chitrabhanu who had the gift of remembering the incidents from his previous birth said that in the past birth he was a hunter in Varanasi and his name was Suswara. His livelihood was to kill and sell birds and animals. One day while he was roaming through the woods in search of animals, he was overtaken by the darkness of the night. To seek shelter from wild animals, Suswarna seeked shelter in the branches of nearest tree, which happened to a bael. Suswarna has also shot a deer that day but had no time to take it to home. So he bundled it up and tied it to a branch on the tree. Hunger and thirst tormented Suswarna and kept him awake all night. Feeling sad that his poor wife and children were starving and must be anxiously waiting for his return, Suswarna began to shed profuse tears. To pass away time, Suswarna engaged himself in plucking bael leavesand dropping them down onto the ground. 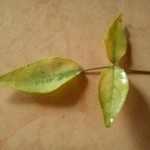 Having passed the night thus, next morning, Suswarna sold the deer and bought some food for himself and his family. But, the moment he was about to break his fast, a stranger came to him begging for food. Humbly, Suswarna served food to stranger first and then had his own.

Later, at the time of his death, Suswarna saw two messengers of Lord Shiva who were sent down to conduct his soul to the abode of Lord Shiva. It was then that Suswarna learnt for the great merit he had earned by the unconscious worship of Lord Shiva during the night of Shivaratri. The divine messengers told Suswarna that there was a Lingam at the bottom of the tree on which he spent the night. The leaves he dropped therefore fell on the Lingam. While his tears, which he had shed out of sorrow for his family, fell on the lingam and washed it. Besides, he had observed a fast all day and all night. Thus, Suswarna had unconsciously worshiped the Lord Shiva.

Concluding the story, the King said that he lived in the abode of the Lord and enjoyed divine bliss for long ages. Now, he has reborn as Chitrabhanu.