Once upon a time, Arjuna prayed to Lord Shiva. Pleased with Arjuna’s devotion, Shiva and Parvathi set out from Kailash to meet Arjuna. Shiva disguised himself as Kiratha, a mountain tribal hunter.

The defeated Arjuna makes a Shiva Linga out of mud, prays to God and offers flowers to the Shiva Ling. When he turns to face the tribal hunter Kiratha, he sees the same flowers on Kiratha. Arjuna then realises that Kiratha is none other than Lord Shiva.

Shiva and Parvathi then appear before Arjuna in their true form, and bless him. Shiva also gifts Arjuna with the divine arrow Pasupathastram. 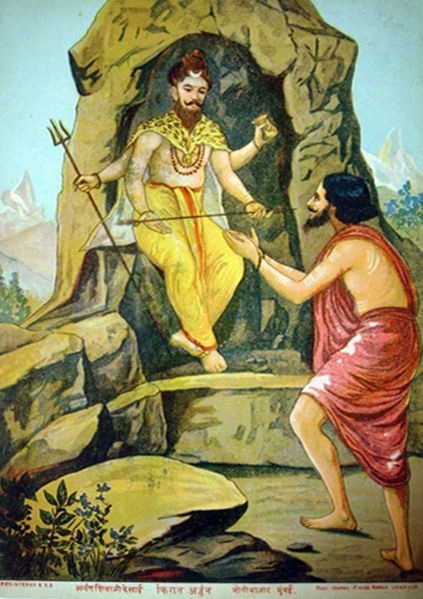