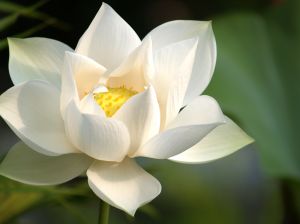 Bhagavan Vishnu did the worship by placing Lotus flowers at the feet of Parama Siva Linga, reciting the Saharanamas as given above. But at the end of the worship, Parameswara concealed the last Lotus Flower to test and Bhagavan Vishnu without any hesitation whatsoever was ready to pull out one of His eyes and place it as a lotus in lieu of the Final Name, while Maha Siva appeared instantly and stopped the action of the intended Sacrifice. From the Form of Linga being worshipped by Vishnu, the Fantastic Figure of Maha Siva emerged and addressed the former that He was well aware of the tribulations of Devas who were constanly tormented by Danavas; He was pleased to award ‘Sudarshana Chakra’. Maha Siva assured Vishnu that Sudarshan Chakra was as potent as Maha Deva Himself and its very possession ought to be a great relief to Vishnu since He was squarely responsible to preserve the world and its contents comprising the entirety of mobile and immobile beings. Also whoever reads, hears or recites the Powerful Sahasranama of Siva by cogitating the critical meaning of each Name provides immense peace of mind and confidence, courage to face any challenge, surmount any tribulation, and better still bestow all positive turns of life. Be there even any problem posed by a King or Administration, one should perform ‘Anga Nyasa’ and recite the Thousand and odd Names sincerely, and indeed there would be instant relief for sure. Even otherwise, the Recital would destroy illness, endow with Vidya, grant prosperity, fulfil all desires and finally pave way for ‘Sayujyam’.