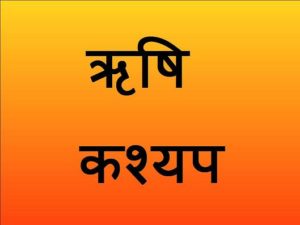 Rishi Kashyap reclaimed land from a vast lake, known as “Satisar”, after goddess Sati, the consort of Lord Shiva. In ancient times, this land was called Kashyap Bhumi, or Kashyapamar. The ancient Greek visitors called it “Kasperia,” and the Chinese pilgrim Hiun-Tsang who visited the valley in the 7th century AD, called it “Kashi -mi -lo.”. In present day, it is known as Kashmir.

In those days, Bhrigu Rishi, the ManasaPutra (mind-born-son) of Brahmaji, and also the the father of Hindu astrology, visited the Himalayas. He was the first to have Darshans of the Holy Amareshwara Cave. When people heard of the Lingam, Amareshwara or Amarnath became a centre of pilgrimage .

The original name of the tirtha, as given in the ancient texts is Amareshwara. The temple is reported to be about 5,000 years old.