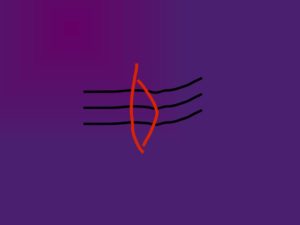 The third eye is a symbol of enlightenment. It is referred to as the gyananakashu, “the eye of knowledge”, which is the seat of the “teacher inside” or antar-guru. The third eye is the ajna chakra (sixth chakra) also known as brow chakra or brow center. It is believed that the opening of Shiva’s third eye causes the eventual destruction of the physical universe. Wearing a tilaka between the eyebrows represents the third eye.

In the Upanishads, a human being is likened to a city with ten gates. Nine gates (eyes, nostrils, ears, mouth, urethra, anus) lead outside to the sensory world. The third eye is the tenth gate and leads to inner realms housing myriad spaces of consciousness.

The third eye is localized in the pituitary body and the pineal gland.