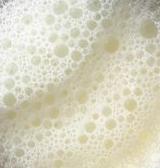 As he was denied of the taste of real milk in place of wheat flour and hot water, Upamanyu the boy felt humiliated from his uncle’s house that the latter’s son was always blessed with real milk.

Upamanyu’s mother cried at their misfortune as her child returned home after milk was denied and justified that neither he nor his parents performed Maha Deva’s worship in their earlier births; she said:

(My son! There is a great River full of jewels flowing from Swarga to Paatala, but is not visible to the unfortunate who is devoid of Shiva Bhakti; Kingship, Swarga, Moksha and Ksheera Bhojana besides all valuables in life could all be available, provided one performed Maha Deva Puja in the previous births). Upamanu asked his mother not to lose heart and by the Grace of Shiva, he would indeed make oceans of Milk flow by resolving to undertake the severest possible worship to Maha Deva; by so saying with indomitable detremination the Bal Muni intiated the toughest Tapasya by merely consuming air and nothing else. The intensity of his Tapasya was such that the trees in the forest were getting burnt and Devas were rattled and baffled. Indra approached Vishnu to let the Bala Muni conclude his Tapasya and having realised the goal of the Tapasya, Vishnu prayed to Mahadeva and informed that Upamanyu was performing unsual meditation for the sake of milk! Shiva appeared before the Bala Muni in the disguise of Indra and desired to grant streams of milk but the former decided not to stop the Tapasya till Maha Deva himself responded. The disguised Indra argued that Mahadeva was a myth as he was a Nirguna and since he was granting the boon of milk the boy should better accept the boon. Bala Muni was offended by the remarks and by remembering the words of his mother that Shiva should be pleased and none else, rejected Indra’s offer and even took exception to Indra’s remarks against Maha Deva. The latter finally granted his appearance along with Devi Parvati and gave away the boons of not only milk, food and material comforts to his entire Vamsha but also ‘Ganatwa’or membership of Shiva Ganas as a recognition of his stupendous Tapasya.