Candi Kidal is a Shiva temple built in the 13th century in Rejokidal, Tumpang, Java, Indonesia. The temple is 30 minutes from Malang.

The temple is decorated with stories of Garuda, and those from Ramayana. At the foot of the temple, three Javanese masks depict the story of Garuda. The temple may have encased an image of Shiva depicted by the portrait of the Singhasari king, Anusapati.

The Shiva statue from Candi Kidal is said to be in National Museum of Ethnology (Rijksmuseum voor Volkenkunde) in Leiden, The Netherlands. 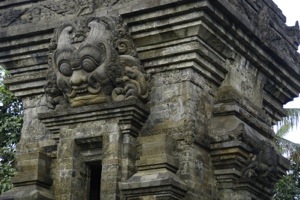