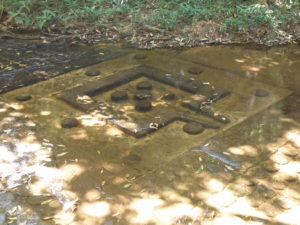 Commonly known as the “Valley of a 1000 Lingas” or “The River of a Thousand Lingas”, or Sahasra Lingas, the small rivulet or river flows over 1000 Shiva Lingas that are carved on the stone on the river bed. It is believed that the Sahasra Lingas bless and help purify the waters of the river Siem Reap. There are several carvings of Brahma, Vishnu, Shiva, Lakshmi, Uma, Rama, and Hanuman. 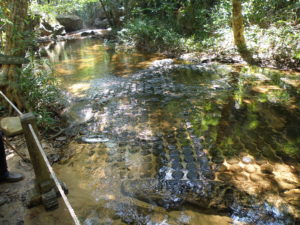 Location: At Kbal Spean (Khmer: ក្បាលស្ពាន “Bridge Head”) in Cambodia. On the southwest slopes of the Kulen Hills to the northeast of Angkor in Siem Reap District, Siem Reap Province, Cambodia. You can reach it after a drive and a long trek that is worth the effort. The place is unspoilt, with calm serene water and natural surroundings.