Temples have always played a central role in the Indian society. Apart from being a source of spiritual vibrance to the common people, temples also served as centers of education, art and culture of the society. The construction of the temple itself was fairly complex. The main deity was often complemented by one or more minor deities carefully positioned along the path of approach to the main deity. Looking at these structures, it is apparent that the temples were built to a certain pattern, certain understanding and purpose, catering to the needs of the individual and the society. 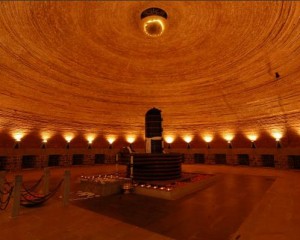 Gradually, the underlying understanding of the temples and the science behind its construction and usage was lost and rituals and traditions took over, making temples a place for prayer and worship. The Dhyanalinga Temple, however, is built with an understanding and mastery of the science of spiritual evolution.

Ancient temples were built not as places for prayer, but as a vortex of energy where people could transform themselves in a very deep way. Traditionally, the belief is that when one goes to a temple one should sit down for a while before coming out, otherwise, the visit would be fruitless. This is so because, temples were built like a public charging place, by which people could charge themselves with an inner energy. People visited the temple before they entered into their daily work, so that they could go about with a certain sense of balance and depth in their lives.