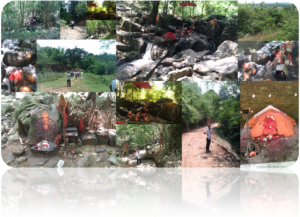 April 2011 while watching Om Namah Shivay in Sahara one TV channel in Guwahati, I came to know about the story of Bhimasur. Kumbhakarna had love with Karkati, daughter of Patal Loke King. When Ravana came to invite Karkati’s father and Kumbhakarna to fight with Ram. Kumbhakarna refused to fight until Ravan agreed to get him married to Karkati. At last on the advice of Narada, they got married and Kumbhakarna left for war. Karkati gave birth to a son named as Bhimasur. Karkati trained him to fight against Ram. Bhimasur did a penance to get boon from Lord Brahma. He later challenged Lord Vishnu to fight with him, which Lord agreed and lost war with him to keep the Lord Brhama’s boon. This made Bhimasur arrogant and he started conquering various kingdom and imprisoned a king Priyadharman and his wife Dakshinadevi of Kamrupa. King Priyadharman and his wife started worshipping Lord Shiva even in prison. When Bhimasur sent his army to stop King worshiping, who were destroyed by rage of Lord Shiva and later Bhimasur was also killed. The place where king was worshiping Lord Shiva was named after Bhimasur as Bhimasharkar. After watching the serial on Sunday I was returning back to Hyderabad from Guwahati. On the way to Airport visiting Lankeshwar Dham A Shiva temple on the top of a hill after Guwahati University. I asked priest casually “where is Bhimashakar Dham?” to my surprise he got up and showed me down the hill on the back side of Deeporbeel Bhimashakar Dham. When I asked him how he knew this he told a different story, which according to him was revealed to him in his meditation 40 years ago. It was similar to TV version except he told that Bhimasur wanted to take revenge from anyone praying Ram (Vishnu). He imprisoned the Devotee of Lord Ram a King in Kamrup and then Lord Vishnu appeared and killed him with Sudarshana Chakra. The place was named after Bhimasur as Bhimasankar which is one of the Jyotirlingam. On the way back in airport I started researching it in net and found there is a Bhimashakar Dham in Bhimashanker Village of Bhavagiri 50 km north west of Khed, near Pune in Maharashtra. Story behind it was almost similar to what I came to know from the last two sources. But there was a mention of real Bhimashakar dham in Guawati in Brahampuri hill according ot Shivpuran. My next objective was to go through the Shivpuran to find the real story, it was of course about a king of Kamrup who was imprisoned and at last Lord Shiva killed Bhimasur. Then what is Bhimashakar Dham of Pune. There are two stories goes, one about Tripurasur, who was blessed by Lord Ganesh, who was killed by Lord Shiva in Bhim rup and second was probably Karkati the mother of Bhimasur who lived in Darun Van near Pune who went to Prgjyotishpur (the ancient name for Guwahati) to imprison a King who was devotee of Lord Shiva and later killed. My aim was to find this new location which was unknown to people of Guwahati. After two three trips I found the exact way from the Lankeshwardham priest and try to search on 22nd May 2011.

It is from Gurshukh cross rood on NH37 after Birla Balaji templ on the left side while going to airport. As we were approaching the hill off the main town toward jungle there was very little information to the local residents of the area. At last we found an arch which took us almost a kilometer inside the hill in totally remote area. Name of the Shiv Ling known to local people is Pachdhara Dimbeshwar swamy. It was pleasant since it had rained that morning and there was mud road leading inside. There is a Lord Ganesha temple on the half way. On walking down for 500 meter down the hill there a hill stream bathing and surrounding Shiva Ling. There is no temple but it is so natural and beautiful that an artificial temple would spoil it. Few years back local people wanted to construct a temple and next day there was a flood which washed off the artificial construction. Ruins of an old temple is seen scattered all over the place. Once a priest from UP told us that this is Lord Shiv’s natural form (roop), trees (bamboo) are his hair (Jata). We took photograph and while returning found three more devotee who also came with a donation box to develop the place. Since then on my way back to Hyderabad from Guwahati every third Sunday I visit the place and within few month. Every time I visit there is some development. Now there is a board of Bhimashankar Dham and moram motorable road to Dham. When you close your eyes, you will have Darshan of Lord Shiva and Family. People visit from different part of country from UP, Rajistan visit the palce. Why local people still do not know anything about it? What is Pachdhara Dimbeswar Swami? Archaeological department have put board outside in Assames as Dimbeswar swami. On going back to Shiv Puran I found that Bhimashankar dham is at Darun Van which is near Pune. I have to explore the story of Dimbeswar swami a Local name of Lord Shiva. Recently there are lots of activity during Shiva Ratri and Shravan Maas, I found one of these activity at http://brahmonsobha.blogspot.in/2012/03/6th-dwadash-jyotirlinga-at-guwahati.html .

There was a comment on Bhimashankar Dham last week (3rd March 2016) and a complete new information was found which I will write in my next post as Part 2. Bhima Shankar Dham Guwahati Assam. 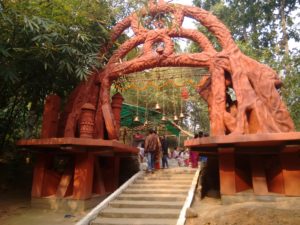 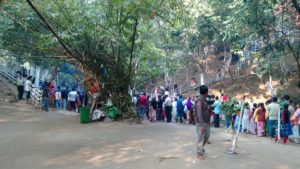 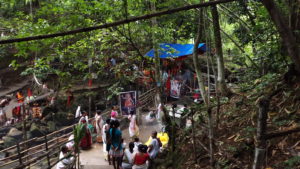 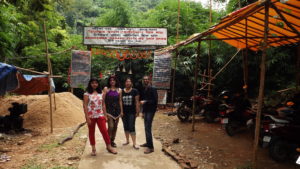 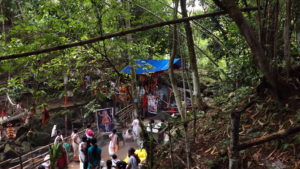 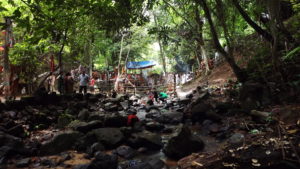 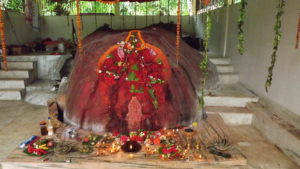 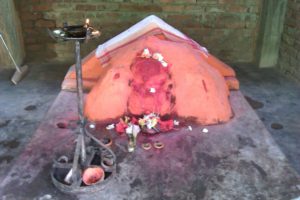 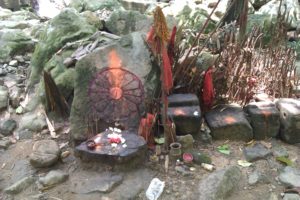 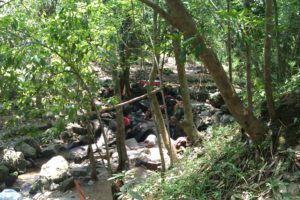 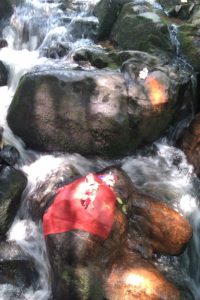 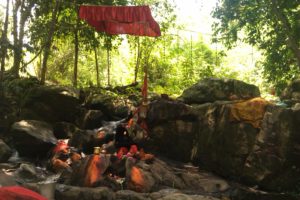 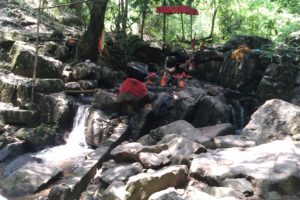 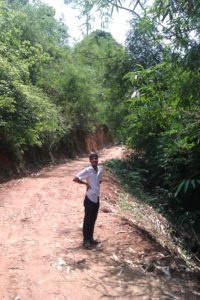 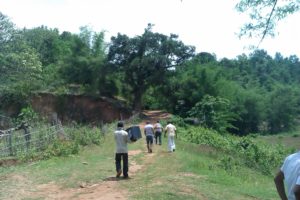