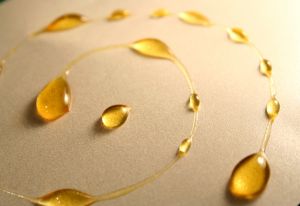 With a view to mitigate the sins being committed either knowingly or otherwise and the imminent eventuality of having to visit the hells for suitable punishments, the devoted persons tend to perform worship to Devi Bhagavati as ‘Sva Dharma’. In this context, offerings to Devi are made at various worship times and the details of ‘Naivedyas’ as recommended by Nara Narayana Sages, (the sons of Dharma) to Narada for the benefit of posterity. The ‘Naivedyas’ after the worship be given away to pious Brahmanas and the prescribed material and the resultant benefits are stated to be certain. During the ‘Sukla Paksha’ period or the first half of a month after full Moon, the worship on Pratipada or the first day be provided with rice and ghee as Naivedya for security from ongoing diseases. On Dvithiya day, the material of Naivedya be sugar for longevity. Let milk be the product on the Tritiya day for temporary ailments. On the Chaturdhi day, the Naivedya might be a cake of flour for removal of obstacles. Plantains be offered on the Panchami day to improve intelligence. Honey would be the product for Naivedya to Bhagavati on the Shasthi day for enhancing body beauty; rice and jaggery be offered on Saptami day for clipping mental sorrows. Coconut is offered to Devi on the Ashtami day for freedom from repentance. On the Shukla Navami day, naivedyam is offered as fried rice for contentment in life and happiness there after. ‘Til’ or sesame is offered on the Dasami day for warding off fear of death. On Ekadasi Maha Devi would be pleased with the offering of ‘curd’ and well flattened and parched rice or grain be offered on Dwadasi day. Grains are offered as Naivedyam on the Trayodasi to seek blessings for progeny and on Chaturdasi blessings from Siva are bestowed by Devi for an offer of fried barley or such other grains. Finally, ‘Payasam’ (made of rice, milk and sugar) should be offered to Devi to uplift ancestors (Pitrus) to higher regions on the full moon day or Pournami. Additionally, if daily homas are also performed, the items offered to Devi would destroy all evil forces. As a rule on Sunday, ‘Payasa’ Naivedyam is offered; Monday: Milk; Tuesday: Plantains; Wednesday: fresh butter; Thursday: Sugar candy (Gud); Friday: white sugar; and cowmilk butter on Saturday.

Worshipping under Madhuka Tree, the monthwise offerings on each Sukla Tritiya or third day after full Moon must be: In Chaitra month Madhuka Tree be worshipped and offered ‘Naivedya’ of Five kinds of Food; in Vaisakha it should be ‘Gud’or Jaggery, Jyeshtha: honey; Ashadha: White butter; Curd in Sravana; Sugar in Bhadrapada; Paysa in Poushya month; milk in Kartik; Pheni in Margasirsha; Dadhi Kurchika in Pausha; butter made of cow milk in Magha and Coconut in Phalguna month.During these twelve months, Devi Bhagavati likes to be addressed by these names viz. Mangala, Vaishnavi, Maya, Kalaratri, Duratyaya, Maha Maya, Matangi, Kali, Kamalavasini, Siva, Sahracharana, Sarva Mangala Rupini. Great emphasis is laid on worship under Madhuka Tree as not only a sure shield of ailments, family troubles and health problems but also a proven provision of escape from hells after one’s life.Under the Madhuka Tree, one shoul pray to Maha Bgagavati as Maha Devi, Mahesvari, Maha Mangala Purini, Moksha Pradayani, Mada Dhatri (Source of Supreme Delight), Maha Moha, Minakshi, Marma Bhedini and Madhurya Rupa Shalini!