In the ‘Kaumarika Khand’ of the present Skanda Purana, some details of Pandava’s ‘Vanavasa’ (forest life) for twelve years pursuant to the unjust game of chess by Kauravas and Arjun’s ‘Tirtha Yatras’ or visits to Holy Places and Rivers were described. The important Tirthas were Kumaresh Tirtha, Stambhesh Tirtha, Varkareswari Tirtha, Mahakaleswara Tirtha, and Siddheswari Tirtha. But these Tirthas were infested by crocodiles and used to pull down ‘Tapasvis’ from river beds into water and kill them. Thus nobody dared to enter the Tirthas. Some persons warned Arjuna but he did not heed the advice and was caught by a crocodile which was forcibly drawn out of water and hurt so much that it was almost killed. From the dying crocodile emerged an ‘Apsara’ or a Divine Damsel. Similarly crocodiles from other Tirthas also turned out to be Apsaras and told Arjuna of their experience of a Tapasvi on a river bank attracted them but the Brahmana cursed them to become crocodiles till such time that a mighty warrior entered the waters and dragged the curse-ridden crocodiles forcibly on to the banks of the Rivers. The four Apsaras so redeemed by Arjuna were Sourabhi, Sameyi, Budbuda and Lata and henceforth the Sacred Tirthas were made accessible and active once again. 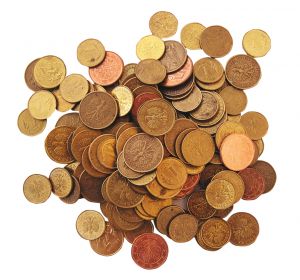 The two ‘hethus’as normally perceived are about the size of the charity-small or big- as also of the quality. But such ‘hethus’ are not as important as the ‘shraddha’ or dedication and devotion are. Bhagavan Siva would be pleased only by the sincerity and pure heart that is attached to the charity rather than any other aspect. Again, ‘Dhana Daan’ or the charity of money is more popular than ‘Vastu Daan’ or charity of material, ‘Vastra Daan’or charity of clothes etc. since charity of money would buy back Vastu or Vastra.

Then the six ‘Adhishtaans’ or reasons of Daan are: ‘Dharma Daan’ without strings attached ie.Daan given to the Virtuous or Dharmatmas; ‘Artha Daan’ keeping in view some purpose or utility; ‘Kaama Daan’ like favours for women, wine or such other benefits in view; ‘Lajja Daan is due to compulsions of Public or Society; ‘Harsha Daan’ is made on receiving good news and out of happiness; and ‘Bhaya daan’ out of compulsion, fear or avoidance of  risks.

The six ‘Anks’ or donor/receiver parties are as follows: The Positive Donors are ‘Daatas’ by nature; the ‘Dharmatmas’ or the Virtuous; those desirous of donating willingly and happily; the ‘Vyasana rahit’ or devoid of bad habits; ‘Pavitra’ or Symbols of Purity and ‘Anindaneeya’ or the blemishless.The Negative Donors are ill mannered, indolent, evil minded, persons of bad habits, persons who swear to support the Evil and persons who are sleepy! Among the Good Receivers of Charity are those of good ‘Kula’ or caste, who has ‘Vidya’ or good Education, good ‘Aachaar’ or family bearing / tradition, earners of rightful way of life or of Satvik Life, of kind heart, ‘Jitendriya’ or of Controlled Emotions and finally of excellent parenthood. The second category of receivers of donations is of pleasant visage, of sincerity and thankfulness but not of demanding nature, cantankerous or mean. The donors of charity must have the perspective of what kind of material is required or useful to the receiver or otherwise the purpose of charity would be defeated.

The two ‘Parinams’or end results/fruits are either gain of ‘Punya’for the ‘Paralok’ or after death or for use in ‘Ihalok’ or the current life to the receiver. The latter ‘Dannas’ or for the use of Ihalok are of four types viz. Dhruva, Trika, Kamya and Naimittika. Dhruva is for public use like digging wells, construction of Temples, gardens, Choultries, schools etc.Trikha is for daily utility like ‘Nithya Daan’, say Vidya Daan.  Kamya Daan is to fulfill one’s own desires like victory, wealth, might etc. Naimittika Daan is like Samkranti Daan, Grahana (Eclipse) Daan, Daan at auspicious occasions like weddings, Vraths etc. or Kriyapeksha Daan like Shraadh, Vratas etc.; Gunapeksha Daan like Vidyabhyas and so on. Three ‘Bhedas’or types of Daan are classified; the best types are charity of houses, temples, buildings, Bhumi (farms / fields), cows, Wells, gold and ornaments and the best of course is to give away one’s own life itself as ‘Daan’. The Secondary Variety of charity relates to Anna (Food grains), Vastra (Clothing), ‘Vahan’ etc. The tertiary kind of Daan is to donate footwear, umbrellas, utensils, curd, honey, ‘Asan’ or seating, deepa or Light, wood, stones etc. Now, there are three kinds of ‘Daan Naashak’ reasons viz. ‘Paschattaap’ or regret of having given the Daan; ‘Apaatra Daan’ or charity to the wrong and unserved person or ‘Ashraddha Daan’is to a person on account of laziness. Paschattapaya Daan indicates as to why the Daan is given at all; Ashraddha Daan is Rakshasa Daan and Apaatra Daan is as bad as not giving it away. The worst Daan is ‘Paisacha Daan’ or the charity duly given is returned under duress or due to the bad behaviour of the receiver or the donor. Incidentally, Apaatra Daan should be avoided to an undeserving Brahmana who is bereft of ‘Vidya’, sells his/her conscience if his Bhumi is accepted; if he accepts a cow to kill it or sell it; if he accepts gold to encash it, a horse that might destroy the receiver’s eyes; Vastra to harm his wife; ghee his manliness; til seeds that might harm his children and so on.